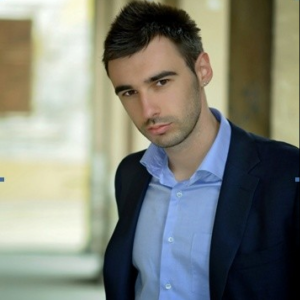 The seller’s guide to importing to Amazon Europe: BREXIT (Part 2/3)

Selling in Amazon Europe is a bit more complicated than simply shipping your products to a European warehouse and watching the sales roll in. For this series, we welcome Shypple, a company whose “shipping made simple” vision is to make global trade virtually frictionless. Shypple is a digital forwarder offering all services from A to Z: door pickups, custom brokerage, ocean/air/rail freight services, on-demand storage options, and more. Shypple makes selling in Europe much easier, but handling shipping or catering shipping options specifically to your business.

To break down the process, our second installment will discuss the aftermath of Brexit and how it impacts Amazon fulfilment.

In the light of recent geopolitical events, sellers active in the European market must take into consideration the impacts of Brexit on the entire economy and Amazon program in Europe. Britain’s departure from the EU is approaching fast, with a deadline of March 29, 2019. Meanwhile, a transition period will be in effect up to the end of 2019. The reality is that the actual impact of Brexit is still very difficult to predict. However, there are certain aspects sellers can and should start thinking about, particularly around the Brexit’s impact on cross-border trade. Here are a few of the aspects sellers should consider with Brexit in mind:

We have to emphasize, once again, the purpose of this text is to present some of the possible scenarios, while not claiming certainty – as there isn’t one yet. Let’s take, for example, currency fluctuations. A UK seller wanting to sell to other European markets, in case British pound continues to decline (currency depreciation), can expect an increase in sales if prices are dropped, as there will be room for it. A weak pound means UK exporters can sell their goods cheaper and/or increase their profit margins.

On the other hand, for a US seller currently selling or looking to expand to the UK market, it may be less attractive to sell to UK customers because of the exchange rate. This could lead to a scenario of international competitors exiting the British market.

When it comes to regulatory considerations, there are two type of scenarios in the game. A “Hard Brexit” scenario assumes the UK leaving both the Single Market and the EU Customs Union. This scenario threatens to be the most disruptive from a trade perspective and would require both EU and UK businesses to deal with changes to duties, taxation and tariffs.

As Deloitte describes it: “Hard Brexit would require customs agencies in the EU and the UK to treat imports from, and exports to, the other party in the same way as they currently manage relations with non-EU/EEA/Customs Union states, bringing new burdens in controls and risk management, as well as additional resources in relation to information technology systems and staff.”

The second scenario, a so-called “Soft Brexit,” would see the UK stay in the EU Customs Union, which would guarantee the free movement of goods (with no tariff barriers) with the EU and common external tariffs for goods entering both the UK and the EU from third countries.

There are some interesting movements behind the scenes when it comes to logistics and what is expected in a post-Brexit period. In Rotterdam (Netherlands), they’re getting on with preparing for the lose-lose situation. Dutch Customs is hiring 730 customs officers. The Port of Rotterdam will conduct a customs trial in November to test protocols 90 days ahead of the United Kingdom’s exit from the EU in 2019. Construction on inspection posts and other parts of the Port of Rotterdam are underway. Why? It’s rather simple: to avoid congestion that could temporarily damage the flow of products as it adjusts to new customs procedures.

As a seller, you should start thinking about how Brexit will impact your EU business and plan for contingencies of both a Hard Brexit and Soft Brexit. As we near the date of March 29, 2019, we will see how the various issues take shape.

Here is a helpful list of the top 50 Brexit blogs to read about news and implications.

In our next post we will be discussing the services offered by Shypple, as well as a label, shipping and routing guide for businesses sending goods to the European Union.

If you are looking for new ways to organize your freight shipments from or to Europe or are planning to start buying or selling goods via Amazon in Europe, get in touch. Shypple’s e-commerce expert, Milan, at m.borkovic@shypple.com, would be glad to help you.

Customs Inspector for the matters of customs regulations, international trade, import - export procedures and customs law. I am controlling documentation (customs entry forms, invoices & packing lists, B/L, preferential origin documents EUR.1) filed by the customs brokers on the behalf of their clients, traditional importers and exporters. I am a University degree holder (The Faculty of Economics) with proven record of Customs Administration engagement.

With the changes in Amazon shipping policy due to Brexit

The importance of accurate bookkeeping for e-commerce businesses

For Amazon vendors and Amazon FBA sellers, expanding your business

Amazon listing optimisation: How to avoid 8 common errors on your product detail page

When it comes to Amazon, most businesses know the competition

Scroll to Top
Get Quote

Share your details with a brief description about your business and we will get back to you to arrange an initial 30 minute consultation.